To share your memory on the wall of Amy Hernandez, sign in using one of the following options:

She was born September 19, 1974 in Long Beach, California to James and Charissa Keys. Amy graduated from Independence High School in Glendale, Arizona in 1992. She had a passion for numbers and earned a Bachelor of Science in Accounting from Park University in Spokane, Washington. After her graduation, she earned her public accounting certification and spent nine years as an auditor for the Defense Contract Audit Agency. She also earned her Law Degree from George Mason University School of Law in 2009 and spent her last ten years working as a government contract accounting, auditing, and compliance consultant.

She married Leonardo Hernandez on October 16, 2010, in Smith Mountain Lake, Virginia. She worked as a Director of Government Compliance for multiple companies in the Northern Virginia area.

Amy was a dedicated mother first and foremost. She treasured her son Hector and embraced every moment with him. She loved to cook and enjoyed riding her two horses Moon and Andy. She enjoyed camping, amusement parks, and vineyards.

Amy is survived her husband Leonardo, her son Hector, her brother Peter, her sister Polly, her mother Cherry, her stepfather Ronald, and her father James.

To send flowers to the family or plant a tree in memory of Amy Elizabeth Hernandez, please visit our Heartfelt Sympathies Store.

Receive notifications about information and event scheduling for Amy

We encourage you to share your most beloved memories of Amy here, so that the family and other loved ones can always see it. You can upload cherished photographs, or share your favorite stories, and can even comment on those shared by others.

Pedro Diaz, Amarilis and Roberto Picon, and other have sent flowers to the family of Amy Elizabeth Hernandez.
Show you care by sending flowers

Posted Jul 02, 2020 at 12:40pm
Our sincerest condolences on the passing of AMY. We never had the privilege of meeting AMY, but Ron talked of her often. I am sure many fond stories were told of her. With sympathy, Mark, Janet, Matt, and Megan Smejkal
Comment Share
Share via:
S

Posted Jul 01, 2020 at 05:33pm
A woman bursting with life and energy. She was a presence wherever she went and had an unending love for her family, especially her son. God bless her and keep her safe as she watches over her family (because you know she will).
Comment Share
Share via:
PD

Posted Jul 01, 2020 at 05:54am
Amy always had a smile in her face. She was a great friend and was always willing to help. She was wonder woman. We will miss her.

Posted Jun 30, 2020 at 09:50pm
Please accept my most sincere condolences. Amy was a once in a lifetime person, friend and mentor. I am so sorry for your loss.

Shannon purchased flowers and planted a memorial tree for the family of Amy Hernandez. Send Flowers 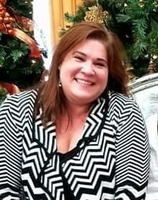