To share your memory on the wall of Connie Smith, sign in using one of the following options:

Born on July 18, 1921 to the late Foley and Walter D. Rish in Aiken, SC, she grew up in Wagener, SC. Connie reviewed typing and studying skills for an additional year after high school in order to attend nursing school. She graduated as a Registered Nurse from South Carolina State Hospital School of Nursing in 1943. She began her career as an assistant Operating Room Supervisor at Roper Hospital in Charleston, then joined the Army Nurses Corps in August 1944. She was stationed at Lawson General Hospital in Atlanta, GA and Regional Hospital, Ft. Jackson, SC. She was discharged from the Army in October 1945, as a 1st Lieutenant.

Connie married Capt. Walter M. Smith, DDS, in October 1945. They were married for 67 years until his death in 2012. The Smiths lived in University Park, Md until 1989, when they moved to Heritage Harbour in Annapolis, MD.

Connie enjoyed fishing with her husband off the waters of Ocean City, MD where they had a home for many years. They were Terrapin Club members, attending most home football games at the University of Md. Connie also loved to watch the Washington Redskins and Maryland basketball. She was an active member of University Baptist Church for over 30 years.

A gathering of friends and relatives will be held in Crownsville, MD at a later date.

In lieu of flowers, contributions may be made to University Baptist Church, 3515 Campus Dr., College Park, MD 20140.

Receive notifications about information and event scheduling for Connie

There are no events scheduled. You can still show your support by sending flowers directly to the family, or planting a memorial tree in memory of Connie Rish Smith.
Plant a Tree

We encourage you to share your most beloved memories of Connie here, so that the family and other loved ones can always see it. You can upload cherished photographs, or share your favorite stories, and can even comment on those shared by others.

Plant a Tree in Memory of Connie
Plant a tree 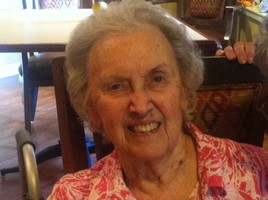