To share your memory on the wall of Diana Dyer, sign in using one of the following options:

Diana was a 1964 graduate of Osbourn High School where she was always involved in student activities and was an outstanding multi-sport athlete. She earned her Bachelor’s Degree in 1968 from Lambuth University, Jackson, TN. Ms. Dyer was a highly successful coach and beloved teacher at Brentsville District High School for 34 years. Coach Dyer led her basketball and softball teams to Tri-State and Northern Neck District titles while earning Coach-of-the Year. She also coached and served as Athletic Director for Brentsville District Middle School. Diana was a very kind and generous lady who was well loved and who became a friend to everyone she met. One of her favorite pastimes was reading books. She enjoyed traveling, especially to the beach and to sporting events including Final Four tournaments and the Summer Olympics in 1984 and 1996. Diana shared fun times with friends and family having picnics in her backyard, playing golf, helping with her Osbourn reunions and volunteering for Ducks Unlimited.

A Celebration of Life will be held on April 27, 2019 at 1:00 p.m. in the Diana J. Dyer Gymnasium at Brentsville District High School, Nokesville, VA, with The Rev. Rudy Tucker, Jr. officiating.

In lieu of flowers, donations may be made to the Diana J Dyer Scholarship Fund at Brentsville District High School, 12109 Aden Rd, Nokesville, VA 20181.

Funeral arrangements have been entrusted to the Baker-Post Funeral Home & Cremation Center, under the direction of Michael Post. Please sign the guestbook at www.bakerpostfh.com.
Read Less

To send flowers to the family or plant a tree in memory of Diana Jane Dyer (Dyer), please visit our Heartfelt Sympathies Store.

Receive notifications about information and event scheduling for Diana

We encourage you to share your most beloved memories of Diana here, so that the family and other loved ones can always see it. You can upload cherished photographs, or share your favorite stories, and can even comment on those shared by others.

Posted May 02, 2019 at 03:24pm
Diana J. Dyer was one of the most generous angels that God ever put on Earth. She never wanted to cause attention to herself. Until she became ill, there probably was not a day gone by that she did not help someone out in someway. Not only was she a great teacher and coach, she was also a great athlete herself. I was Blessed to have spent many summers playing on adult softball teams with her. She opened her home to anyone who wanted to stop by and relax. She had a way of making everyone feel like she was your best friend.....and she was always true to her best friends. God Bless You and Keep You My Dearest Friend.
Comment Share
Share via:
T(

Posted May 01, 2019 at 12:12am
Ms Dyer was an amazing teacher. She truly cared about her students. She could be a royal hard butt at times but it was because she truly cared. She always had special nicknames for her students and she even trusted us to do things ourselves at times. I will never forget being in her class and the nickname that I was given by her, plus all the laughs and heart to heart talks we had. So sad to hear of her passing. Rest easy Ms Dyer, you will be missed
Comment Share
Share via:
J

Posted Apr 30, 2019 at 10:15am
Diana was a friend to all. She shared her talents and time with everyone. She even co-sponsored the cheerleaders one year. She will be missed in the hearts of all who knew her. Her home was a haven to all in need. She will make heaven a better place. All of our love is with her. Judy and Darcey
Comment Share
Share via:
CD

Posted Apr 26, 2019 at 12:12pm
So sad to hear of Diana's passing; we had many good times playing on recreational softball teams together. She will be missed. Heartfelt condolences to her family.
Comment Share
Share via:
BO

Posted Apr 25, 2019 at 02:30pm
Thank you for being the most wonderful colleague, friend, and pillar of our physical education department. We love you and you will be dearly missed! 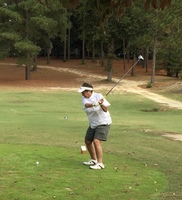