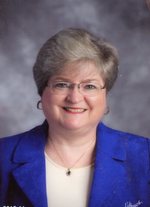 Donna Lynn Sweeney, 56, died peacefully on June 14, 2019 at Inova Fairfax Hospital. She dearly loved her husband and family, and faithfully served the Fairfax County Public Schools and Centreville High School and their English Departments until she became ill with a recurrent form of cancer in April.

Donna was born on September 25, 1962, in Miles City, MT, to Lonnie and Margaret Shields, and spent her early childhood in Eastern Montana, and later, Reno, NV, where nearly everyone in her family was involved in education, either teaching, school administration, or otherwise working in some capacity for the local school district. She loved books at an early age, later becoming a speed reader, and was active in ballet. She met her future husband, Scott, at the age of 14 in her Honors English Class at Reno High School, and she was active editing the high school yearbook.

Donna married Scott on June 13, 1981 after her first year in college. Soon after, Donna moved to Washington, DC, where she worked at a corporate legislative affairs office. Over the next six years, she followed Scott during his Air Force active duty time to Southern California, and later, The Netherlands and Germany, where they traveled all over Europe. In 1990, they moved back to Reno, NV, and Donna finished up her bachelor’s degrees in both English and History at the University of Nevada, Reno, specializing in the English Tudor period. In 1993, they moved to Tokyo, Japan, where she taught English at a private Japanese high school.

Throughout her life, Donna wanted to teach like many other members of her family, especially her Uncle Mel Shields. In 1998, she received her secondary school teaching credential in Nevada, and she began teaching English at various high schools in the Washoe County School District in Northern Nevada. In 2011, she made her home in Northern Virginia, and began working as an English Teacher for Fairfax County Public Schools, first at South Lakes High School in Reston, and later, Centreville High School, in Clifton. She thoroughly loved all the staff and her students, and she especially enjoyed teaching Shakespeare.

Donna had a voracious appetite for books and movies. She loved animals, and had beagle dogs several years of her life, especially Bandit, whom she spoiled dearly. Donna was an active traveler, living three years in Europe, three years in Japan, had multiple trips and cruises to the Caribbean and Mexico, traveled throughout the West, and later, up and down the East Coast.

In lieu of flowers, the family encourages donations to be made to the “Donna Sweeney Scholarship Fund.”

The family would also like to offer their deepest gratitude for the loving care and treatment received at Inova Fairfax Hospital in the final stage of her life.