To share your memory on the wall of Dorothy Mae Kostelecky, sign in using one of the following options:

Born on May 12, 1931, in Dickinson, North Dakota, she was the you... Read More
Dorothy Mae Kostelecky, 87, passed away on Friday, December 28, 2018, at Arbor Terrace Sudley Manor, in Manassas, Virginia, after a long battle with Alzheimer’s disease.

Born on May 12, 1931, in Dickinson, North Dakota, she was the youngest child of the late Magdalene Frank and Willard G. Fisher. In 1967, she married John R. Kostelecky, who preceded her in death in 2016.
Dorothy Mae graduated high school in 1949 and attended the College of St. Benedict in St. Joseph, MN receiving her BA in elementary education. She later continued her education courses at George Mason University and the University of Virginia.

Dorothy Mae loved being an educator of young children and taught many elementary levels in numerous states including Minnesota, North Dakota and Virginia. She was a longtime Kindergarten teacher at Occoquan Elementary School.

She was a member for 10 years of Alpha Delta Kappa, an international honorary sorority for women educators who are united in the common goals of educational excellence, altruism and world understanding. Dorothy Mae served in this sorority as chaplain, recording secretary, vice president and sergeant at arms.
Dorothy Mae was an active member of St. Elizabeth Ann Seton Catholic Church where she served as a lector, a minister of care, and a member of the liturgy committee. She made her profession as a Benedictine Oblate at the College of St. Benedict in St. Joseph, MN and later continued her commitment with the Benedictine Community at Bristow, Virginia. Dorothy Mae was also active in the Action in the Community Through Service (ACTS), and the American Family Association (AFA).

She kept physically active by dancing with the Silver Foxes, taking Blue Bird trips, and traveling with friends and family in the US and abroad. Dorothy Mae especially cherished her 1956 voyage to Europe on the Queen Elizabeth and her more recent pilgrimages to the Holy Land and Lourdes. She also enjoyed playing bridge and spending time with her dear friends.

Besides her parents and her husband, John, Dorothy was also preceded in death by her son, Willard Kostelecky, on November 25, 2018, as well as her siblings Richard Fisher, Donald Fisher and Patricia Maixner.

She is survived by her son, Anthony Kostelecky and his wife, Leslie of Manassas, VA, her daughter, Georgia Kostelecky of Warrenton, VA, and her daughter in law, Sara Carter of Marlow, UK. She also leaves behind a grandson, John Louis Kostelecky. She is further survived by niece Donna Fisher of Gig Harbor, Washington, nephew Richard Fisher of Seaside, Oregon, niece Mary Maixner of Dickinson, North Dakota and nephew John Maixner, also of Dickinson.

im lieu of flowers, donations may be made in Dorothy Mae’s name to EWTN, MS or Alzheimer research.

Interment will follow the reception at Quantico National Cemetery beginning at 2:00 p.m.

To send flowers to the family or plant a tree in memory of Dorothy Mae Kostelecky (Fisher), please visit our Heartfelt Sympathies Store.

Receive notifications about information and event scheduling for Dorothy Mae

We encourage you to share your most beloved memories of Dorothy Mae here, so that the family and other loved ones can always see it. You can upload cherished photographs, or share your favorite stories, and can even comment on those shared by others.

Posted Jan 08, 2019 at 02:54pm
We are so sorry for the loss. What a beautiful lady who will be greatly missed. With love, Stephanie, Kyle and Jenna
Comment Share
Share via:
JC

Posted Jan 07, 2019 at 01:57pm
Kindergarten was a special place at Occoquan Elementary School when DMae was the teacher. I worked with her as her assistant for many years. Will always remember her excitement when introducing the “Letter People”. She was a loving person and will be missed by so many.
Comment Share
Share via:
MF

Posted Jan 07, 2019 at 10:04am
I have many happy memories teaching with DMK at Occoquan Elementary School for many years.
She will be remembered in my prayers. Maria Fay

Posted Jan 05, 2019 at 01:20pm
Dorothy Mae was a giving, loving and grace-filled person, who gave of herself thoroughly in ministering to others. From sharing happy moments with our daughters when they were in elementary school to sharing our passion for writing and poetry together later, I enjoyed our times together spanning many years. She was a dear friend, and will be missed by so many. Condolences to all. her family. Our thoughts and prayers will remain with you. - Jann Swedock
Comment Share
Share via: 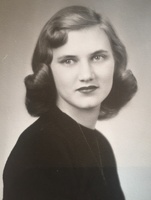 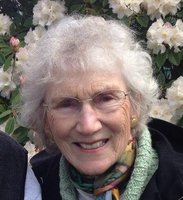 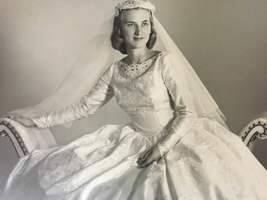 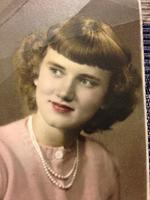