To share your memory on the wall of George Bennett, sign in using one of the following options:

George started his passion for the theatre early on and his acting abilities put him on stage even back when he was 12 years old. He lived the theatre life to the fullest where he often appeared in major musical shows and continued his rise in show business. Eventually, George would move to California where his career took off at the famous Comedy Store run by late Mitzie Shore. In the end, George decided to Northern Virginia.
In Northern Virginia, George decided to move into another one of his loves. His passion for technology led him to GE where he worked in the computer industry. He then decided for his love for theater spurred into the Educational world where George would teach at the High School Academy Level. He teaches Cyber Security at Fairfax County Public Schools in STEM- Program at Chantilly High School. He was actively involved in volunteering in the AV Team in Centreville Baptist Church, Centreville, VA.

Memorial contributions may take the form of a donation to the charity of your choice.

To send flowers to the family or plant a tree in memory of George Duke Bennett, please visit our Heartfelt Sympathies Store.

Receive notifications about information and event scheduling for George

We encourage you to share your most beloved memories of George here, so that the family and other loved ones can always see it. You can upload cherished photographs, or share your favorite stories, and can even comment on those shared by others.

Posted Mar 06, 2020 at 02:25pm
To an unforgettable teacher, coach, and inspiration, you will be sorely missed.

Posted Mar 03, 2020 at 04:47pm
George (the brother from another mother) so many memories to share over 14 almost 15 years. I will share a theatre one. I remember our first time working together in theater. I was going to help you direct you were going to design the stage. It was going to be a fantastic set but as you kept putting things up ..I kept saying, "George it is too far to the left .." this went on and on until finally the set was almost set up and you looked at me and said "You know..You're right the stage is too far to the left." we laughed redid it and have been friends since!

Flowers were purchased for the family of George Bennett. Send Flowers 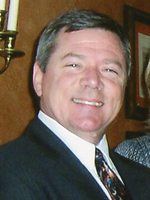 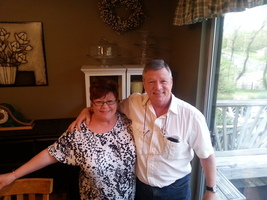