To share your memory on the wall of Harry Bleistein, sign in using one of the following options:

Harry B was born on 19 May 1922 to Harry Sr and Maria (Flor) Bleistein in Queens New York. He graduated from the Brooklyn Technical High School in 1941. He attended Pace University (Bachelor of Business Administration) and Rutgers University. In March 1944, Harry was drafted into the United States Army and served in World War II as a Vehicle Turret Mechanic. While in the service, he received the American Campaign medal, the Asiatic Pacific Campaign medal, the EAME Campaign medal, the Good Conduct medal, and the World War II Victory medal. Harry was honorably discharged from the Army just 5 days before his 24th birthday in 1946. He joined the US Government as a civil service employee and served approximately 36 years in various areas of accounting, retiring in June 1983.

Harry married Nancy Marie Seibold on 30 August 1952 and they had one child, daughter Susan. Nancy passed in 1992. Harry later remarried to Yvonne Ansick in September 2004.

Harry had a passion for a number of activities. He loved to bowl and play billiards. He enjoyed square dancing (how he met Yvonne). Being in munitions in the Army, he continued shooting through the years. But his ability to reason was his greatest asset. He was a quiet person but was very observant. He could sit down to a new card game and after a few hands of figuring out how it was played (Harry would say he was puzzling over it), he would quickly catch on to the strategy and was usually a winner of the game. We labeled him “World’s Best Card Player”.

Harry was preceded in death by his father Harry Sr, his mother Maria, his first wife Nancy and his step-daughter Georgeanna Ferry. He is survived by his current wife Yvonne (Burke VA), his daughter Susan (Springfield VA), and his step children and spouses Fred and Elaine Ansick (Clifton VA), Doug and Lori Ansick (Greensburg PA) and Chris and Sharon Ansick (Del Rio, Tx).

May he forever rest in peace.

To send flowers to the family or plant a tree in memory of Harry Emil Bleistein Jr., please visit our Heartfelt Sympathies Store.

We encourage you to share your most beloved memories of Harry here, so that the family and other loved ones can always see it. You can upload cherished photographs, or share your favorite stories, and can even comment on those shared by others.

Posted Jan 19, 2020 at 09:53am
Yvonne, I'm so very sorry to learn of your loss. Harry and you were such a lovely couple, always helping each other out! I loved seeing you two dance at your wedding - and will always remember the conga line, and the tables of people of both dog lovers+dance lovers! You two together brought joy and light to so many. You are very much in Katherine's and my thoughts, and may his memory be a blessing. 🙏🦋
Comment Share
Share via:
BB

Posted Jan 13, 2020 at 01:09pm
I send my deepest sympathy to Yvonne and Susan. I am very saddened by the death of my first cousin, Harry Bleistein, Jr. but so glad that, after many years, we reconnected with a visit on Long Island and then several times in Manassas, when I came up from Georgia to visit my son and his family. Now I cherish my memories of him, a wonderful person. Love, Barbara

Posted Jan 11, 2020 at 05:55pm
Our thoughts and prayers are with you. We have so many warm and fun memories of times spent with such dear friends. Always in our hearts. Marty and Hig
Comment Share
Share via: 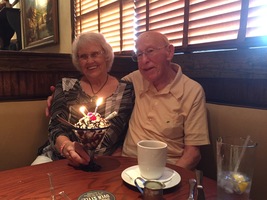 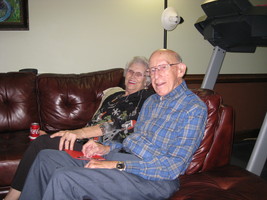 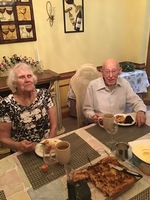 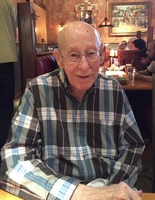