To share your memory on the wall of Jeffrey Mitchell, sign in using one of the following options:

Receive notifications about information and event scheduling for Jeffrey

There are no events scheduled. You can still show your support by sending flowers directly to the family, or planting a memorial tree in memory of Jeffrey Keith Mitchell.
Plant a Tree

We encourage you to share your most beloved memories of Jeffrey here, so that the family and other loved ones can always see it. You can upload cherished photographs, or share your favorite stories, and can even comment on those shared by others.

Posted Jul 18, 2020 at 09:09am
It has been a month, and I still can’t believe he is gone. A good man taken way to soon. My heart still aches for our daughter and I know Ashleigh will forever mourn her father. There has been so much tragedy surrounding Jeff’s passing that it is just compounding her grief.

Jeff was a very hard working man. He always provided for his family as best as he could, sometimes workin two jobs. He was very loyal to his family and sacrificed himself to take care of them.

I choose to remember the fun loving and comical side of Jeff. He had a quick wit about him and was good for a laugh and a smile.

Jeff loved his daughter very much. I know that his heart yearned to see more of his granddaughter but his home circumstances didn’t allow for it.

Sharon, Les and Steve: I am so very sorry for the loss of your brother. I’m sure no words are adequate enough to help during your grieving process. I know we are all still in shock and heartbroken with the circumstances. Just know that you are and always will be part of my family. I love you all and will continue to pray for you during this very difficult time.

Good bye Jeff. Rest In Peace with the Lord. We’ll pick up the slack from here until we see you again. 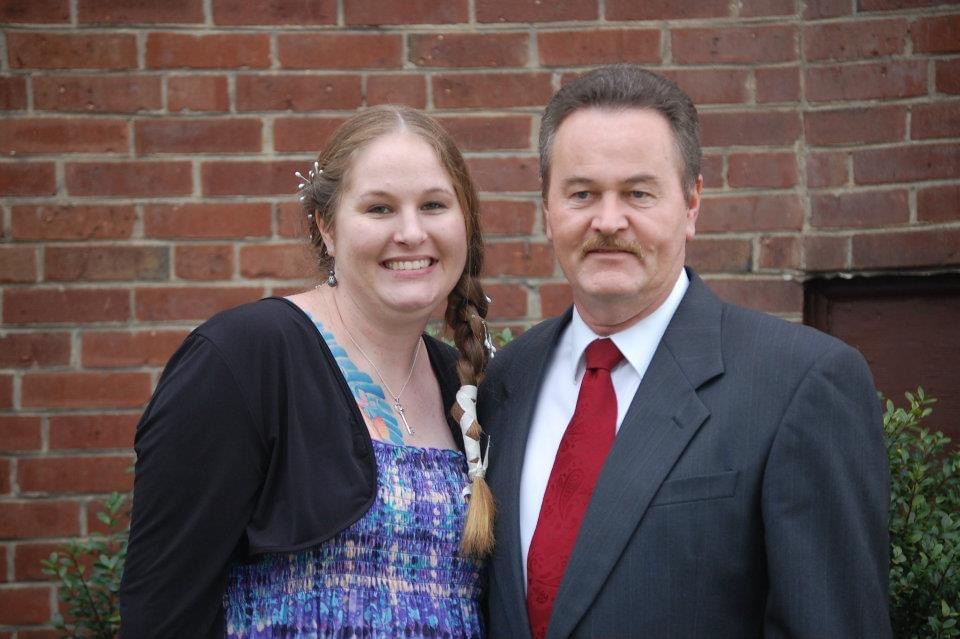 I am so sorry to hear of Jeff's passing. I remember him so well from the days when Ashleigh was a baby and toddler. I ran into Jeff in Manassas about a year ago. We chatted briefly, and it was so nice to catch up. He was such a nice guy. I wish for both of you, everything your hearts need to get through this sad and difficult time.
Comment Share
Share via:
D

Posted Jun 24, 2020 at 02:35am
Wow , Jeffro - he will be missed , sorry for your loss Steve , Sharron and Leslie . We all grew up in the same neighborhood. Went to school with Steve and Sharron . Knew both parent's all good people. Worked with Frank ( Jeff's dad ) and later with Jeff at Potomac yards in Alexandria, Va. Lost touch with Jeff when I moved . God be with you all !
Comment Share
Share via:
SS

Posted Jun 23, 2020 at 08:57pm
Jeff, was not only my Boss...but a Friend, whom I thought very highly of. I knew and worked with, both He and His Father at Potomac Yards. Very sad to hear of His passing, and my sincere condolences to His Family. God's Blessings, and healing to You all, and may He rest in peace. Stephen Neal Smith, Alexandria, Va.
Comment Share
Share via:

Jeff was a kind, considerate, generous and helpful person. He never refused to give you a hand if you would let him.

I know that Jeff was married to Mary and has been her caregiver for the last 5 years. Jeff always put Mary’s needs and comfort in front of his own. Since his injury in the fall, Jeff has continued to put Mary’s needs before his own health. A know there is a special place in heaven for people who have done what he has for others.

Jeff also has a daughter, Ashley, and a granddaughter Merida, who was the light of his life. Jeff was so proud when she was born and he told me that she had the same name as the main character in the Disney movie, “Brave.” Every time I see that movie or the red-headed girl in the movie, I think of Jeff and his granddaughter. Merida and her mother live in Tennessee.

Jeff also has two brothers and a sister who live in the area. I think they tried to take care of Jeff the last six months as he was taking care of Mary.

In addition to being a great draftsman (CADD technician), and he was really good, Jeff loved to work with wood. I have seen some pictures as well as some beautiful pieces of artwork that he created. He was also pretty handy with small engine repair, and really anything mechanical. I think he was one of the people who could fix anything.

I know that I will never forget Jeff and I think I speak for my co-workers who would say the same thing. He was the first one to work in the morning to unlock the door, turn off the alarm, and have the first pot of coffee going. He always left at lunch to go home to take care of Mary and at 4:00, he was off to spend the evening with her.

My thoughts and prayers are with his family and the rest of us as we remember a friend who left us too soon. 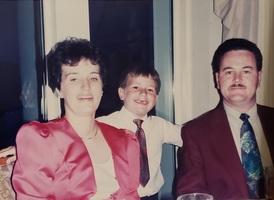 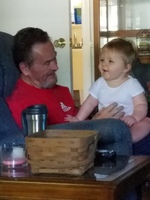 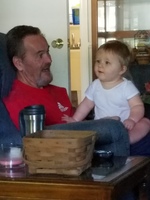 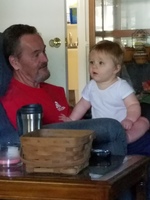