To share your memory on the wall of John Williams, sign in using one of the following options:

Gentle John as Mittie would call him, was a quiet, kind soul who never bragged about the great things he had done in his life. He w... Read More
John Newton Williams, born on February 21, 1930, passed away on Monday, March 16, 2020 at the age of 90.

John was a boy who could not read or write in third grade but graduated a High School Valedictorian. He went to Ohio State University achieving a Master’s degree in Political Science. He then served in the Army followed by working for the Naval Department as a civilian. In 1965 he transferred to the Department of Defense at the Pentagon where he retired in 1985 after 30 years as Director of Space Management. For his service, he was awarded the Secretary of Defense Meritorious Civilian Service Medal (The second highest award for civilians).

John was a lover of photography, nature, birds, and history. He traveled throughout the United States camping at National parks. Later he made many trips to Europe and the Caribbean. These passions were passed on to his children. He was a model for how a life should be lead, and he will be missed by those who knew him.

Due to the Corona virus restrictions, the memorial service and interment will be scheduled at a later time at National Memorial Park.

To send flowers to the family or plant a tree in memory of John Newton Williams, please visit our Heartfelt Sympathies Store.

Receive notifications about information and event scheduling for John

We encourage you to share your most beloved memories of John here, so that the family and other loved ones can always see it. You can upload cherished photographs, or share your favorite stories, and can even comment on those shared by others. 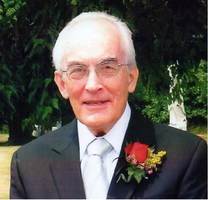