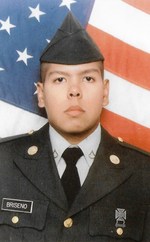 Jay was born on 1 March 1983 at Fort Belvoir, Virginia. Among his many interests, he was known for his passion for the Washington Redskins and blasting Linkin Park from his car and bedroom. He was the IT wizard of the family, caretaker for their pet parakeets, and would always lend a helping hand to his father for household chores. While he adored his two younger sisters, he would humorously instigate arguments between them throughout their childhood. Being the eldest and only son, he was also known for his affection and love for his mom, which he would wear the name “mama’s boy” with pride.

Jay was a veteran of Operation Iraqi Freedom, where he earned the Purple Heart and Bronze Star medals. He was a true American patriot from a very young age, following his father’s footsteps for an early enlistment in the US Army Reserve at age 17. He was a full-time student at George Mason University when he was activated to go to war at age of 19.

Jay proudly took the call to serve his country without any hesitation. After 3 months in Iraq, while handing out food and water to Iraqi locals, he was shot at close range in the back of his neck and severely injured. Miraculously, he survived and continued to fight for 16 years under his parents’ love and care.

To send flowers to the family or plant a tree in memory of Joseph Dale Briseno, Jr., please visit our Heartfelt Sympathies Store.