To share your memory on the wall of Malloy Ellis, sign in using one of the following options:

He was born the last of eleven siblings, having seven brothers and three sisters.

He lived most of his life in Vienna, VA accumulating many fond memorie... Read More
Malloy Robert Ellis (Butch), of Vienna, VA, was born on March 13, 1943.

He was born the last of eleven siblings, having seven brothers and three sisters.

He lived most of his life in Vienna, VA accumulating many fond memories of days filled with adventure, family and friends. He attended schools in Fairfax County, Louise Archer Elementary and Graduated from Luther Jackson High School.

To support his family, Butch was initially employed at St. John’s Catholic Church in McLean, VA. From there, he became an expert auto mechanic for many years. He purchased his first home for his family in Vienna at the age of 24. Deciding he no longer wanted to work for or under others, he began on the path of starting his own residential construction company. Butch started with one hammer a tool belt and limited construction skills. But after one year of gaining knowledge and perfecting his construction skills with Barlow Construction, Ellis Home Improvement was created. Butch continued building and designing until his health no longer permitted him to continue. Upon his retirement, he passed his hammer and tool belt and building legacy on to his son.

His favorite past time was auto racing, building and rebuilding cars, motorcycles or anything else with wheels. He loved fishing, bowling, poker, spending quality time with family and friends. Often after a hard day of work, you would find him with his work crew and friends relaxing and enjoying themselves on what will be remembered as “Butch’s Front Porch”, which was something that was sorely missed when he moved to Culpeper, VA in 2001. He enjoyed the peace and serenity of his new home in Culpeper until the day the Lord called for him.

To send flowers to the family or plant a tree in memory of Malloy Robert Ellis, please visit our Heartfelt Sympathies Store.

Receive notifications about information and event scheduling for Malloy

We encourage you to share your most beloved memories of Malloy here, so that the family and other loved ones can always see it. You can upload cherished photographs, or share your favorite stories, and can even comment on those shared by others.

Posted Apr 26, 2019 at 12:27pm
To the family of Mr. Ellis, you have my sincere condolences in the loss of your dear loved one. Death is described as a sting because of the pain it causes. Sometimes the pain seems unbearable, but please know that the God of all comfort, can provide you with the comfort you need to endure. May you find comfort by drawing close to Almighty God and from your family and close friends.
Comment Share
Share via:
HS

Flowers were purchased for the family of Malloy Ellis. Send Flowers

Posted Apr 15, 2019 at 03:52pm
I am truly sorry for your loss. I would like to offer you and your family my deepest and most sincere condolences and may Mr. Ellis rest in peace. 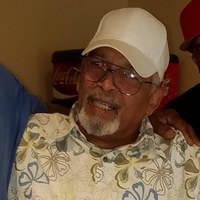