To share your memory on the wall of Patricia Jones, sign in using one of the following options:

Provide comfort for the family of Patricia Jones with a meaningful gesture of sympathy.

Mrs. Jones was the daughter of M. Lewis McMullan and Dolly H. McMullan, formerly of Riverdale, Maryland, but now both are buried in Harrisonburg, Virginia.

Private funeral arrangements will be held at the family burial site in Fort Lincoln Cemetery in Brentwood, Maryland on a date to be determined.

We encourage you to share your most beloved memories of Patricia here, so that the family and other loved ones can always see it. You can upload cherished photographs, or share your favorite stories, and can even comment on those shared by others.

Guaranteed hand delivery by a local florist
ME

Posted Aug 02, 2019 at 11:32am
My condolence to Pat's family at this sad time. She was a good friend and neighbor to me for many years . Our children were friends during their growing up days in the neighborhood. She leaves good memories with my family and I know she will be missed greatly by hers. Maxine Elbon
Comment Share
Share via:

Posted Aug 01, 2019 at 01:07am
Dear Aunt Pat....
You are my mom's (Judy) oldest sister. My childhood memories at your house, in Upper Marlboro, are some of my fondest. I remember Uncle Herb (aka: uncle grumpy) looking at us as if we were a pain in his tush for visiting ya all, but always leaving knowing we were welcome and glad to be seen. I remember the back yard and the horse that you had. Which by the way was when I learned how not to place yourself behind their rear legs in kicking proximity...lol!!
You will always be the Aunt, that was the sister of four, who looked out after your younger sisters children!
I will always think of Uncle Heb, Herb Jr, Chris, Jeff and Teresa as my beloved family!! You were always full of joy and grace.
Love you Aunt Pat.....see you on the other side!!
Comment Share
Share via:
KC

Posted Jul 31, 2019 at 01:28pm
Love you, Teresa. And loved your mom. She was so good to share so many of her childhood memories with me as well, and we would just laugh and laugh. She and daddy were so very close - I don't think I knew how much they depended on each other until just the last couple of years of both of their lives. They had shared so much as children - good and bad - but being together helped them manage and get through it all. She so loved her children. Aunt Pat will be greatly missed.
Comment Share
Share via:
TN

Posted Jul 30, 2019 at 04:40pm
It has been almost three years since we brought mom to Virginia from Texas and it has been a journey of laughter and tears. I will miss our long car rides up and down 66 going to various doctors and the long short cuts to avoid traffic back to your house via Clifton Road over the river and through the woods and waving to Tara as we went by her development when we knew she wasn’t home but at work. We would listen to Glen Campbell, Elton John, John Denver, the Eagles, and even the Beatles (who she absolutely hated when I was listening to them as a teenager) and we’d sing along even though neither of us could carry a tune. I will miss our lazy days together watching the Game Show Network reruns of shows popular in the 60s and 70s where she knew every celebrity and knew the answers because she’d seen these shows a zillion times before. I will even miss going out to meals with her even though she would complain every time that “this food just doesn’t taste good” no matter what she ordered or where she ordered it. But most of all I will miss our long talks of her childhood, of stories of her siblings, her years with my dad, and the four of us kids and the silly (and not so silly) things that we did growing up.
Thank you for being my mom and loving and supporting me even when I didn’t deserve it. It has been my privilege to care for you in your last years even when we didn’t always agree on everything. I love you, I will cherish these last years and I will miss you forever.
Your daughter,
Teresa 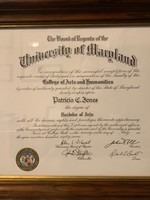 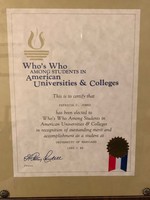 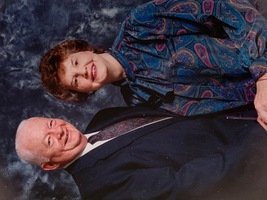