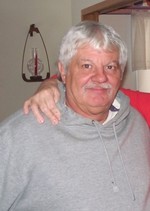 Paul Ronald Cole, age 67, of Vienna, Virginia passed away after a brief illness, on March 1, 2020. He was surrounded by his family.

Paul was born August 4, 1952, in New York City, New York. The eldest of five, to Florence Milagro Rivera Cole and Clayton K. Cole, Sr. He moved to Virginia at the age of 16, and though he explored a few other states for short periods and loved summers in Puerto Rico with his maternal grandparents, he always returned to Virginia, which he considered home.

Paul enjoyed spending time with his family, including Sunday breakfasts with his dad, Clay. Paul saw his family on a regular basis, as the Cole family continues to gather and make memories at his childhood home, in Gainesville, Virginia. Paul rarely missed any holiday gatherings, as he loved his mother’s Puerto Rican cooking (pastelillos and pastelles), and after her passing, he was kind enough to eat and praise the pastelillos cooked by his sister, Christine. Paul was always willing to help and would spend the day with family members, outside taming the yard. The family enjoyed being together, except during football season, when Paul, a boisterous Dallas Cowboys fan taunted any Washington Redskins fans that may be nearby. Paul always remembered birthdays and special holidays by calling family and friends with well wishes. While he didn’t like to be reminded, he was getting older, he always liked to remind others that they were catching up. During his earlier years, riding on his motorcycle, strumming his guitar, listening to music and being surrounded by friends and family brought him the most happiness.

In lieu of flowers, donations may be made to the Leukemia & Lymphoma Society at https://donate.lls.org/lls/donate or a charity of choice.