To share your memory on the wall of Richard Jackson, sign in using one of the following options:

Print
Richard Jackson, beloved father, grandfather, and great-grandfather, passed away on May 15th, 2020, at the age of 86.

Born in Boston, Massachusetts 12/03/1933, Richard “Dick” Jackson was the youngest of four children with two older... Read More
Richard Jackson, beloved father, grandfather, and great-grandfather, passed away on May 15th, 2020, at the age of 86.

Born in Boston, Massachusetts 12/03/1933, Richard “Dick” Jackson was the youngest of four children with two older brothers and an older sister.

Out of high school, he joined the Army and served during the Korean War. After being honorable discharged from the Army, he went to work in the ship building industry, working at Bethlehem Steel Quincy shipyard and Electric boat as an electrical draftsman for a number of years. He eventually moved to Washington, DC where he went to work for the Navy Department, got married and raised a family of three boys. Dick was very involved with his boys and their activities. He volunteered many years as a little league baseball coach for all three of his children. He worked for the Navy Department for the next 30 years, moving up the ladder and working on some of the Navy’s most prestige's programs.

Known for his lightning-quick wit and 'wicked-smart' sense of humor he would entertain his kids and grandkids with colorful stories from his past. Dick was a voracious reader and had an incredible vocabulary often weaving words or phrase you couldn’t find in a dictionary into his stories.

Dick had many interests, he volunteered for the Nokesville-Bristow Ruritans and was big sports fan but his biggest passion in his life was spending time with his family. Dick treasured the time he spent with his children and grandchildren. Whether it was going to his grand children’s soccer, football and baseball games or taking his annual Spring Training trip with his sons to Florida, he loved being around them.

He was preceded in death by his parents, Charles and Jane Jackson, his sister Francis (Jackson) Cowan, and his brothers, Charles Jackson and Russell Jackson.

Due to the COVID-19 restrictions, we regret that we must limit the number of those participating in his funeral service to his immediate family. However, we invite you to join us for the service via live stream at 11 a.m. on Tuesday, May 26, 2020. The link is https://webcasts.lifetributes.com/1068941

In lieu of flowers, the family asks for donations to St. Jude Children’s Research Hospital or ASPCA, two causes he supported that were near and dear to him.

To send flowers to the family or plant a tree in memory of Richard Jackson, please visit our Heartfelt Sympathies Store.

Receive notifications about information and event scheduling for Richard

We encourage you to share your most beloved memories of Richard here, so that the family and other loved ones can always see it. You can upload cherished photographs, or share your favorite stories, and can even comment on those shared by others.

David Magnus, Rose Magnus, and other have sent flowers to the family of Richard Jackson.
Show you care by sending flowers

Posted May 26, 2020 at 06:41am
To the Jackson Family, Wishing you all peace and comfort and memories that will forever be in your hearts. May Dick Rest In Peace. Love, Rose M.

Posted May 23, 2020 at 06:25pm
Remember all the fun times we all had
On cape in North Falmouth in the
Summer when you came for vacation
New Silver beach the”go Karts” &
Shared big meals w/ friends
Deeply missed my friend
Comment Share
Share via:

Those were great memories... My brother's and I had some great memories from our 2 weeks in August every year at Richie's cottage. We looked forward to it every year. Thanks for sharing the memory with us Ann! Rich Jackson
SL

Posted May 20, 2020 at 06:58pm
Wishing you peace to bring comfort, courage to face the days ahead and loving memories to forever hold in your hearts.

Posted May 20, 2020 at 08:59am
Please accept our most heartfelt sympathies for your loss... Our thoughts are with you and your family during this difficult time. 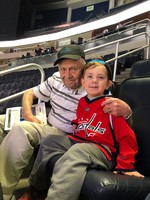 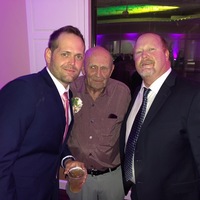 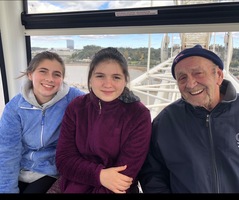