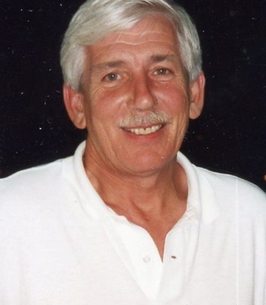 Print
Richard Ralph Suggitt, III passed away October 18, 2018 at Fair Oaks Hospital surrounded by his family and the prayers of many friends.

Richard was born August 15, 1942 and raised in Grand Rapids, MI. He joined the Army in December of 1963 and served as a clerk specialist stationed in Suitland, Maryland and Korea. It was while serving in the Army that he found his love of accounting, a profession he enjoyed for 53 years. After leaving the Army he moved to Brooklyn where he got married, worked for Warner Bros., and attended college while raising a family of three daughters. In 1976, after receiving his Certified Public Accountant degree, Richard and his family moved to Texas where he worked for Fox & Jacobs and later, Sullivan Properties. He also became a lifelong Dallas Cowboys fan. Richard returned in 1985 to the Washington area living in Vienna, VA. He enjoyed working as CFO at General Heating in Manassas, VA from 1987 until 2000. He continued accounting and tax preparation work from home until the time of his death and also volunteered for many years doing free tax returns through AARP. Following his divorce, Richard met and married the “girl next door”, Kathy Rodgers, in 1993, and became a father to her two daughters.

In his spare time Richard was a classic car enthusiast. He took great pride in the 1960 Corvette he bought and restored in the 1970s. In addition to fixing anything that had moving parts, Richard was an accomplished wood worker, making cabinets and remodeling kitchens. He made beautiful restoration furniture. His favorite expression was “if I build it, Kathy will fill it”, and he built a lot. If anything was ever broken, Pop would fix it.

A honeymoon cruise with Kathy in 1993 gave Richard the travel bug. He became an avid cruiser taking 21 cruises with Kathy over the next 22 years, enjoying the beauty and history of the overseas destinations and the wonderful friends he made on the ships. Traveling to many of our National Parks was a favorite of Richard’s travels. His goal to travel to all 50 states was accomplished with the exception of Wisconsin.

Richard enjoyed the opportunity to spend time with his six wonderful grandchildren. He was always thinking of ways to teach them things and to spoil them.

He will be missed by all!

Interment will be at Arlington National Cemetery at a future date.

In lieu of flowers, donations can be made to St. Jude Research Hospital or Canine Companions.

We encourage you to share any memorable photos or stories about Richard. All tributes placed on and purchased through this memorial website will remain on in perpetuity for future generations.

EL
Please accept my heartfelt sympathy for your loss. Wishing you peace to bring comfort, courage to face the days ahead and loving memories to forever hold in your heart. Love, Liz
Elizabeth Lunsford - Tuesday October 30, 2018 via Condolence Message
Share This: 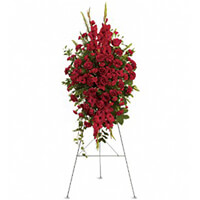 CG
Dear Kathy, I am so terribly sorry to learn of Richard's passing. I can't begin to imagine your heartbreak. He was by your side as a best friend and then a wonderfully supportive husband. His love was all-encompassing; for you, your family and your friends. If I can be of help, please let me know.
Cathy Gilbert-Silva - Tuesday October 23, 2018 via Condolence Message
Share This:
1
Page 1 of 1
Share
×

View Video
Send flowers to the family
Choose from beautiful standing, table and basket arrangements. Safe and secure online ordering.
View Flower Arrangements
What has already been purchased for the family?
Subscribe to Updates