To share your memory on the wall of Shirley Santmier, sign in using one of the following options:

Shirley Lee Santmier (known to his friends and co-workers as “Buck”) died Saturday, December 7, 2019, at Capital Caring Adler Center on the Van Metre Campus in Aldie, VA, after a difficult 2 year battle with multiple medical conditions.

He leaves behind his wife, Joy Marie Santmier, of over 51 years; his children, Mary Lee Johnson, Linda Lou Baker, James Andrew Santmier, Brenda Jeanette Spann (whom he adopted and raised as his own), 1 furry friend and companion who he called, Lucy, and 2 children from prior marriages, Brenda Kaye Neugebauer and Andrew Lee Swaim. He was predeceased by his parents, Seadell and Gladys Santmier, 3 brothers, Carlton Santmier, Mickey Santmier and Gary Santmier, 1 sister, Izetta Barbour, and 2 children, William Seadell Santmier and Heidi Annette Santmier. He is also survived by multiple grandchildren and great-grandchildren as well as an “adopted” daughter, Debbie Lamphier Fantaci, and multiple “adopted” grandchildren and great-grandchildren.

He was born October 27, 1939, in Martinsburg, WV, where he was raised. He served in the United States Air Force during the Vietnam War and also was a member of the United States Army Reserves. He was a retired heavy equipment operator for Fairfax County Maintenance and Stormwater Management where he worked for 18 years and 2 months. He was a long-time Washington Redskins and Nascar fan as well as a former bowler. He was also a member of the Jesse C. Lynch American Legion Post #71 of North Augusta, SC, for many years up through the time of his passing.

Interment will follow at Stonewall Memory Gardens in Manassas, Virginia.

To send flowers to the family or plant a tree in memory of Shirley Lee Santmier, please visit our Heartfelt Sympathies Store.

We encourage you to share your most beloved memories of Shirley here, so that the family and other loved ones can always see it. You can upload cherished photographs, or share your favorite stories, and can even comment on those shared by others.

We miss you . . . Mary, Chewy & BellaRose, Dempsey, Betty, Neal, Jessica and Aaron., and others have sent flowers to the family of Shirley Lee Santmier.
Show you care by sending flowers

We miss you . . . Mary, Chewy & BellaRose purchased the Rose Tribute for the family of Shirley Santmier. Send Flowers

From Your Costco Regional BT Family

From Your Costco Regional BT Family purchased flowers for the family of Shirley Santmier. Send Flowers 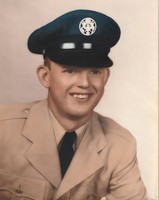 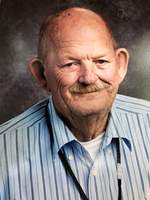