To share your memory on the wall of William Pennington, sign in using one of the following options:

William Michael Pennington passed on, with friends and family surrounding him, 22 February 2019.
William was born 5 May 1948 to parents William Roland and Judy Pennington. Brother to Patricia de la Torres, and Amy Conklin (deceased).

Graduate of Fenger High School, Chicago Il. Class of 1966. He attended Illinois Institute of Technology majoring in both mathmatics and physics. During the draft for the Vietnam War, he voluntarily enlisted in the United States Marine Corp. Not destined to serve on the front he was slated to go to Germany to serve in Intelligence. An unfortunate wounding accident prevented him from completing this service.

An avid lover of the great outdoors, he belonged to the Young Serrian's. He met his future wife Frances while on a hiking/camping trip in Michigan. They were married 9 December 1973, at Holy Ghost Catholic Church, South Holland Illinois and settled down in Glen Ellyn Illinois, after purchasing a house there. Bill worked in computer technology at Standard Oil, and Altergo. Bill, also known as 'Camp' to his best friends, and wife traveled extensively throughout the continental US and Hawaii, enjoying the beauty of the land.

In 1985 he and Frances moved to Manassas, Virginia. In 1986 she gave birth to their only child, Elizabeth Frances Pennington. Bill continued to work in computer technology at Software AG of North America, until 1992, when he started his own computing consulting company, Synthesis. He continued to work until 2001 when health concerns forced him to lessen his work load and eventually stop working.

He is survived by his wife Frances, Sister Pat and husband Joe, niece Jennifer, her husband Paul and great-niece Emily. The family asks that those wishing to, donate to Heifer International, at www.heifer.org, his favorite charity.

Receive notifications about information and event scheduling for William

There are no events scheduled. You can still show your support by sending flowers directly to the family, or planting a memorial tree in memory of William M. Pennington.
Plant a Tree

We encourage you to share your most beloved memories of William here, so that the family and other loved ones can always see it. You can upload cherished photographs, or share your favorite stories, and can even comment on those shared by others.

Fran I am so sorry for your loss. You are in my prayers and thoughts. Kay Jones 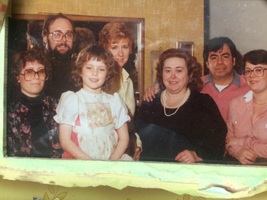 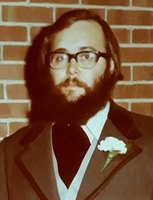