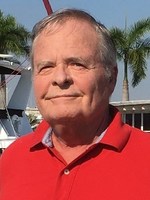 Jon Allan Zachman’s life journey ended on May 31, 2020, surrounded by his wife and children. Jon was born in Mansfield, Ohio to Mildred Hazel Reid and Earl “Ray” Raymond Zachman on August 28, 1941.

The eldest of four sons, Jon grew up in Toledo, Ohio, where he graduated with a B.S. in Electrical Engineering from the University of Toledo (UT). As a college student, Jon met and married Toledo native Janice Mary Reineke on August 24, 1963.

As an Army ROTC student at UT, Jon was assigned to the Army’s Missile and Munitions School at Redstone Arsenal from 1964 to 1967. While there he completed a M.S. at the University of Alabama before embarking on a 44-year career as a Systems Engineer for satellite communications and reconnaissance at The Analytic Sciences Corp, TASC, and later Northrop Grumman Corp. He held Top Secret / SCI security clearances and rarely talked about his work before retiring in 2012.

Jon’s family was his greatest source of pride, especially his life companion and devoted wife of 56 years Janice and their three children: Julia Anne, Jon Bradford and Jacqueline René.

Once the children were grown, Jon and Janice explored new adventures together, travelling extensively in Europe, as well as the Holy Land, China, Egypt and other Asian and South American countries. Seeing major world cities, experiencing different cultures and making new friends were an important part of Jon and Jan’s life together. For more than thirty years, he also enjoyed playing golf and the friendships and camaraderie of couple’s bridge.

A funeral mass at Holy Trinity Catholic Church in Gainesville, Virginia is scheduled for family members on June 5, 2020, followed by an interment at the Saint Benedict Monastery’s Place of Peace Columbarium in Bristow, Virginia.

The family will host a Celebration of Life Service for Jon Allan Zachman at a later date.

In lieu of flowers, the family requests donations made to the MD Anderson Cancer Center in Houston, Texas.


To send flowers to the family or plant a tree in memory of Jon Allan Zachman, please visit our Heartfelt Sympathies Store.