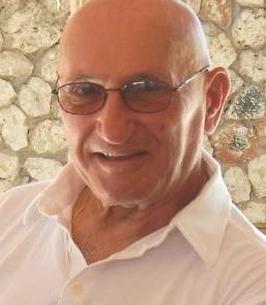 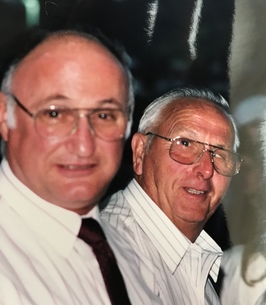 Print
Nicholas Anthony Maiorca, 76, of Haymarket, passed away October 28, 2018 at his home surrounded by his loving family.

Born September 18, 1942 in Pittsburgh, PA, he was the son of Salvatore and Mary Merana Maiorca. On June 22, 1974 in Fairfax, Co. he married the former Anne Blankenship, who survives.

Mr. Maiorca was enlisted for four years in the United State Air Force, having served in the Vietnam War. After his military service was completed, he began his career in law enforcement by working as a DC police officer for over 20 years. He later worked for the Pentagon, as a Dept. of Defense police officer, and distinguished himself as a first responder on 9-11-2001, aiding at the scene of the plane crash/terrorist attack on the Pentagon. He retired after 20 additional years of service. He was a member of the AORP/DC Lodge #1; the NRA; Chapel Springs Assembly of God; and enjoyed participating in the Rolling Thunder.

Besides his beloved wife of 44 years, Nicholas is survived by one daughter, Samantha Kordalski and her husband Mark of Bristow; two grandchildren, Shane and Megan Kordalski also of Bristow; one sister, Maryanne Dentu of Vandergrift, PA; one brother, Steve Maiorca and his wife Judy of Carolina Shores, NC; and several living nieces and nephews.

Arrangements have been entrusted to the Baker-Post Funeral Home & Cremation Center, under the direction of Michael Post. Please sign the guestbook at www.bakerpostfh.com.


To send flowers to the family of Nicholas Anthony Maiorca, please visit our Heartfelt Sympathies Store.

We encourage you to share any memorable photos or stories about Nicholas. All tributes placed on and purchased through this memorial website will remain on in perpetuity for future generations.

MD
Grateful to have spent more time with you in recent years. You are loved and missed, always.
Michelle D - Sunday November 18, 2018 via Condolence Message
Share This:

I am so sorry for your loss. Uncle Nick was such a wonderful person, and holds a very special place in my heart. You couldn't help but be happy when he was around - - he had a great sense of humor and such a infectious laugh. You are all in my thoughts and prayers, and my heart is with you even though I can't be there in person. I love you all.
Melissa Combs - Wednesday October 31, 2018 via Condolence Message
Share This:

God bless your beautiful soul Uncle Nick!!!
We will miss you so much until we are all together again, WE LOVE YOU SO MUCH!!!
Maureen, Moe, Talia and Tara Mukhlis - Wednesday October 31, 2018 via Heartfelt Sympathies
Share This:

So sorry for your loss.
Much love,
Angel and Kim
Me. & Mrs Lozada - Wednesday October 31, 2018 via Heartfelt Sympathies
Share This:

IH
To the Maiorca Family
It was an honor working with Sgt Nicholas Maiorca at the Pentagon. I can remember many times talking with Nick about our wife, Grandkids and family. He was a straight up forward person, A hard worker individual a good honest person to be around. I wanted to send my condolence and my love and blessing to the whole family, Words are never adequate in moments like these. I will say though, that my hearts go out to the Maiorca family, and I will always remember the joyous memories that I had the privilege of knowing and working with Sergeant Nick Maioca, Your true Friend, Sergeant Hoopii, Isaac. Retired US Pentagon Police K9 Supervisor
Isaac Jesse Hoopii - Tuesday October 30, 2018 via Condolence Message
Share This:
1
Page 1 of 1
Share
×

View Video
Send flowers to the family
Choose from beautiful standing, table and basket arrangements. Safe and secure online ordering.
View Flower Arrangements
What has already been purchased for the family?
Family Log-In