To share your memory on the wall of Robert Blake, sign in using one of the following options:

Robert was an avid sports enthusiast of all things Pittsburgh. His connection with their sports brought him such joy, from the "We Are Family" era of Pirates, Steelers Steel Curtain defense, terrible towel and "One for the Thumb", to his Penguins team, Robert stuck by his teams through the lean years. His joy was at its height when he could share his love of sports with his family and friends, and he developed new passions for college sports and NASCAR so he could cheer alongside his nieces and nephews.

His transportation was a 16-passenger bus that was painted black and covered with every sports logo of the Pittsburgh teams and players he followed. With it, he traveled to baseball, football and hockey sporting events across Washington, DC rooting on his visiting Pittsburgh teams and parading his team colors on his black and gold wheelchair festooned with his team logos. Dover, Delaware and Richmond, Virginia found his bus in the parking lots for NASCAR season.

When he was not engrossed in sports, Robert was wedded to the various annual holidays. He planned all year for Christmas through his favorite mail order website, and adored July 4th fireworks and hot dogs, Halloween Trick or Treat and Thanksgiving football. During any opportunity to celebrate, he gave each holiday a unique spin in his own special way.

Robert embodied the word "generosity". He was always concerned with making others feel special, loved and most of all, appreciated. His generosity of spirit was easily on par with the icon of his favorite holiday, Kris Kringle. His family and friends will long remember that generosity, alongside his unique and always joyful laugh, which he shared often. Robert shared freely but his greatest gift was the time and interest he took in the lives of others. He really mastered the art of active listening and could often be found engaged with a family member or friend who just needed to be heard.

Interment will take place at St. Catherine’s Cemetery in Leechburg, Pennsylvania at a later date.

Receive notifications about information and event scheduling for Robert

There are no events scheduled. You can still show your support by sending flowers directly to the family, or planting a memorial tree in memory of Robert Kenneth Blake.
Plant a Tree

We encourage you to share your most beloved memories of Robert here, so that the family and other loved ones can always see it. You can upload cherished photographs, or share your favorite stories, and can even comment on those shared by others.

Plant a Tree in Memory of Robert
Plant a tree 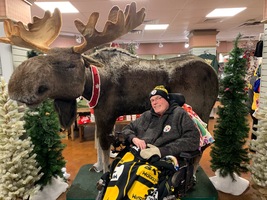 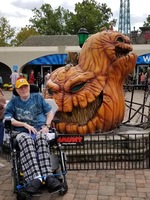