To share your memory on the wall of Willis Jacobsen, sign in using one of the following options:

Provide comfort for the family of Willis Jacobsen with a meaningful gesture of sympathy.

During WWII, Bill trained as an Electronics Technician, serving on the destroyer U.S.S. Hollister. After the Navy, he earned a degree in Civil Engineering at Washington State University, graduating with honors as a lifetime member of the Civil Engineering Honor Society, Tau Beta Pi. Bill studied for a Ph.D. at the University of Iowa, but left school early to work for the Army Corps of Engineers on the Dalles Dam in Oregon to support his growing family. Bill’s lifelong friend and brother-in-law, John, said Bill was the smartest person he ever knew. With an expertise in fluid dynamics, Bill worked for Boeing and Lockheed before moving to Virginia to work for the MITRE Corporation. He lived in Fairfax, Virginia for more than 50 years until moving to assisted living in Manassas.

Bill was a gifted musician, playing piano, pipe organ, clarinet, and sight-singing the bass part in choral music. He listened to classical music all of his life, and it was playing on the radio next to him when he died. Bill had a strong faith and belief in Jesus Christ as Savior. He was raised a Methodist, but became Lutheran as an adult; his first and last churches were both named for Saint Paul – St. Paul’s United Methodist Church in Spokane, and St. Paul’s Lutheran Church in Falls Church.

During college, Bill and John were invited by their friend, Jim, to meet Jim’s girlfriend Alice. Alice had five sisters, among them Lois and Violet. They all played baseball together during that first meeting and the three college friends ended up marrying the three sisters.

Bill loved to help people, and Lois always said he couldn’t say “No” to anyone. He earned the rank of Eagle Scout, was a Boy Scout troop leader, and taught piano for merit badges. Bill sang in the church choir until age made singing a challenge. He loved to garden and tinker in the garage on projects for the home, grounds, and cars. Bill imparted a love of nature and science to all of his children, taking the family on annual camping trips and teaching them about the natural world and engineering marvels. Bill was humble, kind, happy, and good-natured, with a good sense of humor, brightening the lives of everyone around him. He rarely complained, never swore, and was unfailingly polite and respectful of others, even trying to pick up other peoples’ dropped items and open doors for them when he could no longer stand without assistance. As dementia robbed him of memories, his good nature and musical memories remained. He kept telling family that he was waiting for the folks to pick him up to head North. Bill’s parents have now picked him up, and he is very much missed by the rest of us.

A memorial service will be held at a later date.

In lieu of flowers, please consider donating to the American Heart Association as a memorial tribute to Willis Jacobsen.
Read Less

Receive notifications about information and event scheduling for Willis

There are no events scheduled. You can still show your support by sending flowers directly to the family, or planting a memorial tree in memory of Willis Engman Jacobsen.
Plant a Tree

We encourage you to share your most beloved memories of Willis here, so that the family and other loved ones can always see it. You can upload cherished photographs, or share your favorite stories, and can even comment on those shared by others.

Plant a Tree in Memory of Willis
Plant a tree 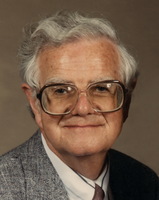 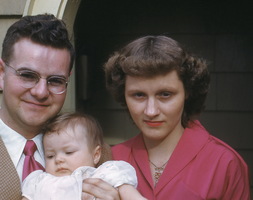 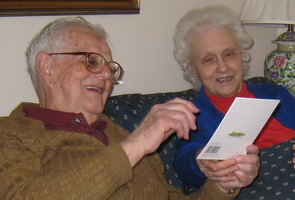